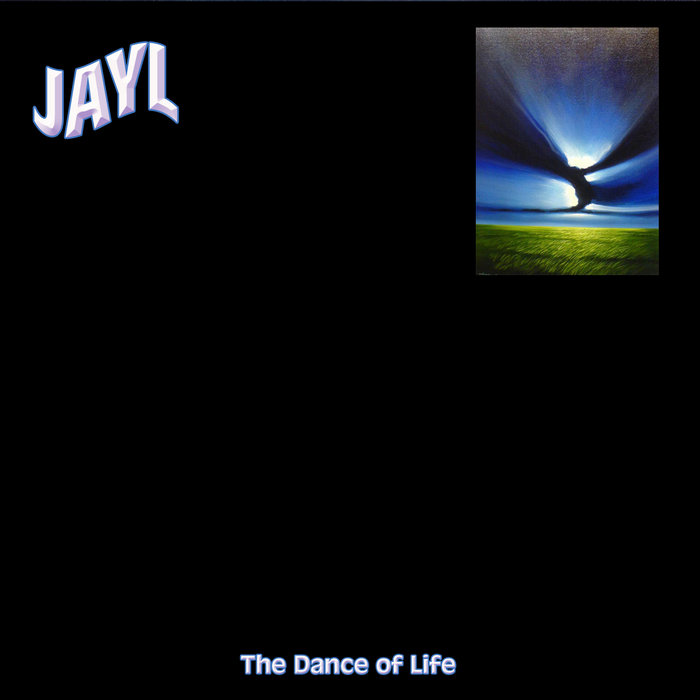 Jayl visited the ancient Rollright Stones in the West Country one sunny and crisp early spring day after a full moon and an electrifying concert, with a view to writing a final song for 'The Dance of Life'. Once again, he used his Gamezzz concept of songwriting and decided that when he left the stones he would take so many turns left and so many right and so on. The decision (made in absolute faith as gamezzz dictates) was that wherever he ended up would be the venue of the final song. Half hour later he found himself driving down a narrow road, with daffodils springing up on the verges and the 'bones' of the winter snow finally melting away beside the flowers, and a village sign in front of him with the wonderful fairy-tale name 'Evenlode' upon it. Jayl saw an old church directly ahead and parked beside it. He went inside and climbed the church tower and the words came to him in one vibrant lyrical torrent. Thus 'Evenlode' was born. Upon leaving the church Jayl bumped into a stranger, an older man who claimed to be a 'Cambrian' Knight.This mysterious character did not explain what this actually meant, but did tell Jayl that quote: "It's a long and rocky road that you have chosen to walk, but in the end, if you keep on going and have faith, you will prevail). This strange 'knight' then just walked away down the church path. Jayl followed on almost immediately afterwards, butt upon reaching the old church gate there was no sign of the man.

Five to five - exhilarating, cool spring drive,
I tell you friend it’s motivating, great to be alive,
The sun is setting right across the Western hills,
Ferocious red a glowin’ ‘bove the spires and mills,
Been reelin’ and ruckin’ … our feet on fire,
Coiled like leads - you know we’re real hot wires.
Waiting at the crossroads where the four winds blowed…
Across the roamin’ fields to the Evenlode.

Dreamin’ of the lady - delicious like a flower,
Dying to reveal to her the secret of the hour,
Knew that she would kill me - murder with a kiss,
Pay the price and smile through ferocity and bliss,
A capsule - still would stand all time like amber traps a fly,
Unmoving and unfeeling with the eons rushing by,
Cast in rock - a million years, before the dawn of road…
But way behind the birth of the Evenlode.

Climbed a dusty tower with a clock upon its face,
Right up to the top - with a rivelino grace,
Stood there with a leaning stance – thrilled about the chase,
Glimpse of bliss & harmony, a twist in it’s embrace,
Mesmerized and energized – right at the same time,
Tried to catch a breathe, hold a second so sublime.
Looking at this stunning view when suddenly time slowed…
In the twilight valley of the Evenlode.

Destiny is calling us - feel it in the nerves,
Biting like a crocodile - it pricks and jabs and swerves,
Recognise the feelin’ but cannot find its place,
Beginning or the ending of the supersonic race?
Perhaps it doesn’t matter after all is said and done,
You have to learn to walk the walk, the essence is the fun.
Me - I love the winter sun and love it when it’s snowed…
Especially on the rocky road to Evenlode.

from The Dance of Life, released August 1, 2008
by Jayl & Jimmie Bone © Harmony Label